Skip to main content
- August 13, 2011
A shellacking, a hammering, call it what you want. It wasn't pretty, and India have much soul-searching to do. But instead of going crazy and hammer and tongs at the team, we need to accept that that India were just poor, and were beaten by a very good team. England won session after session, leaving India with very little to clutch at. They came in at them and didn't allow much room to breath or flex their muscles.

Crucially, England's catching has been superior. Their batsmen have all scored. They have failed to cross 300 even once. Where England have so far managed ten century-plus partnerships, India have just one. England's wicketkeeper has been also excellent. And then there are the bowlers.

Some will point to the bowlers that helped win the Ashes in 2005, but when Ian Botham and Bob Willis, England's top two Test wicket-takers, say that this is the best England attack they've seen, that is some tribute. James Anderson has led the way for a great bowling attack over the past couple years, Stuart Broad has evolved splendidly, and Tim Bresnan has stepped up after injury ruled out Chris Tremlett, himself a fine bowler. Anderson is in a great place as a pace bowler, and the manner in which he picks up big wickets is testament to his class. Broad has been the most compelling player of the summer, and the way he grabbed a hat-trick during the second Test was immense. To turn a match in seven deliveries, that too after Rahul Dravid has batted six hours to set a platform, is an incredible achievement.

Bresnan has been outstanding with bat and ball and brought a definitive edge to the team. He is a quality allrounder finding his place in this Test team a couple years late, but his attitude and enthusiasm will keep him in good stead. His bowling on slow pitches has been near outstanding, and his ability to hammer away and make things happen is Bresnan's greatest asset. The success of these three fast bowlers has smoothed over the indifference of Graeme Swann this series. Broad's hat-trick aside, the highlights have been Anderson's inswinger to remove VVS Laxman on day four at Trent Bridge and Bresnan's corker to bowl Dravid on day one at Old Trafford. That is what quality teams aspire to achieve, and there is no doubting that England possess a very fine bowling attack.

So yes, lets accept that India were beaten severely by a superior team. They were woefully under-prepared, as a result of a cramped calendar. This is a systemic issue which which needs to be addressed or else India will struggle to reclaim the top spot and hold on to it. The batsmen will bounce back - though there is plenty of work required on how to play bounce - but the bigger issue is the imminent transition that awaits Indian cricket. Dravid and Laxman will, in all probability, call it quits after the tour to Australia, and how much desire Sachin Tendulkar has to play Test cricket is anyone's guess. Virender Sehwag is two injuries away from ending his career, and the worry is that there isn't enough quality on the horizon. Yuvraj Singh remains susceptible at Test level and Suresh Raina has much work to do before he looks a convincing Test player. 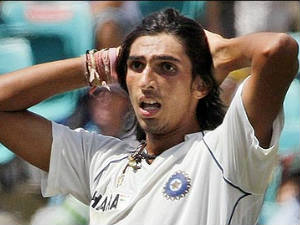 More worrying is the state of the bowlers. The inconsistency of Ishant Sharma and Sreesanth is a big concern and the management really must be harsh on the pair. Zaheer Khan's four-month absence is sure to curtail his Test career, and the lack of quality replacements is an issue that will plague India in the future. Most alarming is the state of India's spin bowling.

Ravi Shastri believes India's focus this year was the World Cup, and that having secure that trophy after a 28-year wait, it should not be alarming that India have slipped into a bad patch. This comment came on air during another debate about what Indian cricket's priorities are. Defenders of the IPL - and there are a few - are saying that to label the IPL as the villain is incorrect and that the BCCI's focus should be on all three formats. There should be room for Twenty20 in the international calendar, but was it wise to schedule the IPL six - SIX! - days after the World Cup final? This only shows the greed with which Indian cricket is run. There is minimal, if any, concern about the fitness of players. The World Cup, played over 43 days, followed by the IPL, spanning 51 days and 74 matches? If that is what defenders of the IPL mean by allowing all three formats to happily co-exist, that is complete rubbish. Scheduling a Twenty20 tournament six days after India clinched a trophy they had striven for for 28 years? That is a joke.

This is the wake-up call Indian cricket needed. The BCCI has to provide answers and look at how it runs its cricket; they will have to re-look at schedules and workloads. It won't be easy for India to bounce back, but they can.

Prateek said…
Found your blog while going through your father's interviews somewhere.I used to like your pieces on cricinfo but sadly i can't find them these days.Why ?Also saw that you have already acted in 2 movies till date but both arthouse films.Congrats on that but would like to see you in a proper bollywood movie.All the Best ! I am a big fan of your Dad's work in bollywood and television.
9:02 PM

Prateek said…
Found your blog while going through your father's interviews somewhere.I used to like your pieces on cricinfo but sadly i can't find them these days.Why ?Also saw that you have already acted in 2 movies till date but both arthouse films.Congrats on that but would like to see you in a proper bollywood movie.All the Best ! I am a big fan of your Dad's work in bollywood and television.
9:03 PM