Showing posts from November, 2010
Show all
- November 29, 2010
Watching England post 517 for 1 in their second innings at the Gabba showcased that this England could bounce back from adversity at a venue where historically most touring sides have shown a propensity to wilt, but it also further drove home the fact that this Australian team does not have fast bowlers who can deliver under pressure. By the time the players shook hands as the Test ended in a draw, Peter Siddle's six-wicket haul, including a hat-trick, on the first day was completely out of the memory. Instead, images of Siddle, Hilfenhaus, Watson and that most over-rated of fast bowlers, Mitchell Johnson, with their hands on head or hip, looking forlorn, where what remained strongest. Cardiff, Mohali, Melbourne and now Brisbane. Four instances where an Aussie attack failed to take wickets when they had to; each ball and each over resulted in the opposition's confidence increasing and the Australians' falling. The first man to attract criticism would be Johnson. He seems
Post a Comment
Read more

These are a few of my favorite things ... 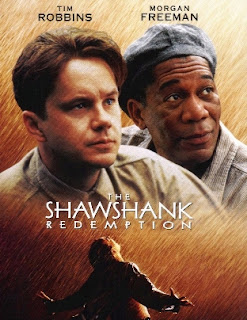 Post a Comment
Read more
- November 13, 2010
Is Gautam Gambhir really out of form? The question is being asked, and a few people - MS Dhoni, Gary Kirsten, and Gambhir himself - have spoken about it without really offering any answers. In 2009 Gambhir amassed 727 runs in five Tests at 90.87. That included four centuries in four Tests. Then he made a silly decision. He opted out of the third and final Test against Sri Lanka at the Brabourne. He had just hit 114 and 167 in the two previous Tests. In 25 Tests leading up to that decision, Gambhir was averaging 77. Since opting to skip a Test match for his sister's wedding, Gambhir has averaged 24.41 from eight Tests (he's yet to bat in the current Test in Hyderabad). On return in January this year, he began with 23, 116 and 68 against Bangladesh, but since then has scratched around for just 86 runs in five Tests. I understand he picked up an injury during this period as well, and struggled on comeback from that injury, getting out twice in the first over in Galle, but is t
Post a Comment
Read more
- November 09, 2010
I quite enjoy not having to to office anymore. I get my work done, and I have some free time to watch cricket (the odd day of a Ranji match, an ODI or Twenty20 live on TV, as well as highlights of random games). The ODIs in the UAE were exciting, and a great advert for the 50-over game, but I doubt the Tests will be. A two-Test series in the UAE of all places just seems a bit odd. We don't know what the tracks will be like, but we can expect high scores. South Africa v Pakistan is hardly one of the most engrossing rivalries in Test cricket, primarily because there have only been 16 Test matches between the two, with South Africa the dominant side. In fact, of all current Test-playing countries, Pakistan have the worst record against South Africa. In 16 Tests, they've won just thrice and lost eight times for a success rate of 37%. I jogged my memory trying to recollect some memorable moments in Tests between these two teams, and most of what I could remember were South
Post a Comment
Read more
- November 05, 2010
The most intriguing aspect of tomorrow's play will be how Brendon McCullum applies himself. He's done really well to get himself to 38 from 75 balls at stumps, but with New Zealand needing to avert the follow-on, he's going to really have to outdo himself. Having given up wicketkeeping in Tests to concentrate on his batting, he really has no option but deliver. Touring India is tough, and given that he's never played a Test here before, and the psychological impact of the 4-0 hammering in Bangladesh, McCullum has his work cut out. McCullum, at 29, is something of a father figure in the squad, but needs to perform like one. Having given up wicketkeeping to concentrate on increasing his batting average, McCullum has to deliver no matter where he bats. His naturally aggressive ways haven’t always worked, most noticeably in Sri Lanka last year, where a little over a year ago, sitting in Colombo, I wrote this about McCullum. Since then, he's averaged about 50 in
Post a Comment
Read more
- November 04, 2010
Poor attack aside, Virender Sehwag's 199-ball 173 today was a masterclass on how to bat on a slow and low wicket. It was an innings that Sachin Tendulkar would have been proud of, having played many such gems the first half of his career. But it was so very different from any Tendulkar innings. Its been so long since people viewed Sehwag as a Tendulkar clone. In his early days, from the time he batted alongside the master in his debut Test, Sehwag was labeled The New Tendulkar. His idolization of Tendulkar aside, the stance, grip, backlift and shot selection was eerily similar. When they opened together against England the ODI series of 2002, many found it difficult to differentiate. There was even a chase in that series when the pair seemed to be trying to outdo each other, shot for shot. If Tendulkar drove on the up past extra cover, Sehwag repeated the shot with more ferocity. If Sehwag clipped off his toes, Tendulkar outdid him for sheer panache and placement as if to say han
Post a Comment
Read more
- November 04, 2010
Have uploaded PDFs of my recent interview with Daniel Vettori, published in the November issue of ASM , which is now available at news stands across India. You can view the article in three parts ... here , here , and here . Sorry its not in one PDF. I'm a bit technologically challenged. Comments, etc welcomed.
Post a Comment
Read more
- November 03, 2010 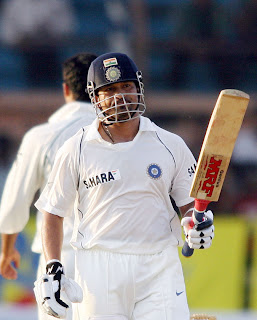 New Zealand are in the country after a 0-4 ODI whitewash in Bangladesh, and they're not carrying a lot of confidence or numbers going into the three-Test series. Apart from the sheer weight of experience, runs and wickets that separates India from the tourists, what stands out is the ability to bat in pairs and to do so for long periods. A glimpse at the two teams' records over the past 12 months is enough to suggest a lop-sided contest.  In the past 12 months of Test cricket, India's record of batting partnerships is outstanding. Twenty times have pairings crossed 100 and eight have passed the 200-mark. Once even the 300-run threshold (Tendulkar and Vijay's 308 against Australia in Bangalore) was passed. The two men most likely to feature in a century-plus stand is Tendulkar. Not surprising, given the form he's been in over the last 12 months. Of the 20 century-plus stands, Tendulkar features in eight. Sehwag has had a hand in seven such alliances, Laxman five
Post a Comment
Read more
- November 02, 2010
Spent a couple hours at the MCA ground today watching the Ranji Trophy match between Mumbai and Saurashtra. About the only moment of excitement was when Rohit Sharma, after a long session at the nets, took over a photographer's camera and began shooting shots of us journalists sitting in the press enclosure. The cricket, to say the least, was mind-numbingly dull and that is because of the nature of the wicket. How can Indian cricket survive when the curators are happy to produce such benign surfaces? Ajit Agarkar, will all due respect to his batting prowess that earned him a Lord's Test century, and 20-year-old left-arm spinner Iqbal Abdulla, career batting average of 21.64, with a previous best of 30*, should not have been able to bat like Ponsford and Woodfull. Abdulla was steering, cutting and deflecting with such ease and regularity. There was nothing in the wicket for the bowlers, and Ravindra Jadeja deserves a medal for managing four wickets on that track. Abdulla was u
Post a Comment
Read more
More posts