- October 15, 2010
Both were batsmen earmarked for greatness long before they were drafted into their national squads. Both had supporters who felt their eventual international debuts had been prolonged. Both are technically sound top-order batsmen in the mould of former batsmen from their respective countries who had been burdened with similar expectations when they made their debuts. Both accrued domestic reputations of being able to deliver the goods under pressure. Both are at home in the slow, low conditions that reward technique and application. Both made attractive 70s on Test debut. Both took sharp catches on debut. Both have always been more comfortable in the shadows than the limelight. Neither is like to fill a room with their aura as soon as they step into it; instead they’ll probably shrink when all eyes turn towards them. 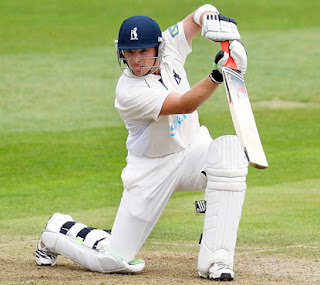 I’m talking about Ian Bell and Cheteshwar Pujara. At the exact spot where Pujara is after one Test, there are similarities to where Bell was at the same juncture. They both came into the side with the weight of expectations on their shoulders, given the strong first-class records they had accrued and the praises they had heaped on them. Both had been knocking on the selectors’ doors for some time and it had become virtually impossible to ignore them. Both looked utterly at ease in Test cricket. Both became men after one Test.
Bell was drafted onto the England tour of New Zealand in 2001-02 as cover for an injured Mark Butcher. He had scored recently 836 runs for Warwickshire at an average of over 64, including three centuries. In August 2004, Bell finally made his Test debut against West Indies and made a polished 70 in his only innings. It would ten months before he played again for England, and when he did he ransacked lowly Bangladesh to lift his batting average to 297, including a maiden Test century. From here, Bell found world champions Australia entirely different proposition for the rest of the summer.
Pujara, a run machine in domestic cricket, has had to watch other, less-prolific batsmen walk past him and into the Indian side. Along the way he changed his approach and strike-rate, seemingly to prove his detractors wrong. This despite - at the age of 22 - a first-class average of 60, with three successive seasons of heavy run-scoring (averaging 53.35, 65.56 and 82.33 respectively). 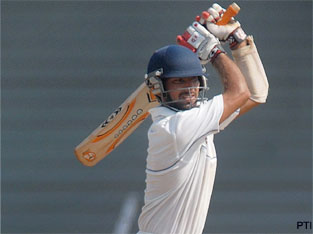 Now that he’s made his Test debut, Pujara will make way for VVS Laxman when he recovers and steps back into the middle order for three Tests against New Zealand. On the fifth day in Bangalore, Pujara played an innings from No 3 that the man he replaced for that particular innings, Rahul Dravid, would have been proud of. Bell too eased into the role he was required to fill when he played his debut Test and then humbly went back to domestic cricket to continue to churn out runs until he was required for England again.
Bell has since endured a rollercoaster international career and pretty much seen it all, while only recently beginning to fill the expectations of a cricketing fraternity. Pujara is just starting out at the top. His place, it would seem on the basis of his sparkling 72, is at one down once Dravid goes. Pujara hasn’t done enough to usurp India’s greatest No 3 yet, and with Laxman returning to fitness and Raina doing well so far, he will have to be patient. Much like Bell was. From there on, lets see if the similarities continue.

I really liked the look of Pujara when he made the 72, and, given India's recent problems, you have to feel that he'll be right back in contention when he's fit.

Bell just goes from strength to strength. The only real difference between him now and a few years ago is that he knows how good he is.
2:56 AM