- July 20, 2011
Tomorrow England will host India at Lord's, the 100th time the two countries will go at it in whites, and it will mark the occasion of the 2000th Test overall. That the match is being played at Lord's, the home of cricket - yes, that is what it is and will always remain, no matter what other countries will have you believe in this day and age - only adds to the significance of the moment. India's Lord's history is shaky, and that adds to the intrigue of this first Test of four. 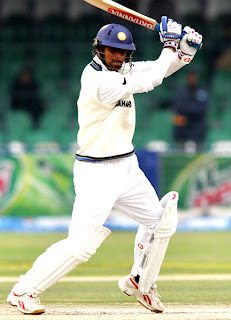 Tendulkar himself arrives in England with plenty of buzz around him, given that he is on 99 international centuries. He has never managed to get his name up on the honors' board at Lord's, and as this is will be his final tour of England Tendulkar will be driven to rectify that anomaly. To get that 100th century at Lord's would be special, but even if he does not, what will it matter?
Once this series gets underway, either with James Anderson running up the slope with the new ball or Zaheer Khan fixing a steely gaze on Andrew Strauss, most people will forget the series that just passed in the West Indies. That rather odd affair ended with India's much-maligned decision not to press for a win in the final Test, and now MS Dhoni's team has a chance to erase the bad taste of Dominica and play like the champion side they claim they are. As Harsha Bhogle mentioned, the prospect of holding on to, or earning, the No. 1 Test team tag cannot occupy your mind, it must happen as a consequence of good cricket, and both teams are capable of producing that.

India, unbeaten in Test cricket under Dhoni since the middle of 2008, and England, playing better than they probably have in the last 20 years under Strauss - "every player goes out to play for himself, and for the team," said Michael Vaughan on a cricket show for The Telegraph this week - and coming off a win over Sri Lanka. England-India series haven't always been gripping - Lord's and Chennai are about as thrilling as Tests between the two sides have got - but with this series comes the chance for Strauss and Dhoni to usher in a summer of competitive, gripping cricket and, one writer believes, even start a new premier rivalry. Strauss believes players must be the ones to make Test cricket more attractive, and what better time to start than now, by leading from the front, against the best Indian side for ages?

Cynics - and there are plenty, judging by newspaper and web space and Facebook and Twitter status messages - do not read much into the practice match against Somerset. Indian sides have never been good at beginning tours on a good note. In more recent times, a few examples: at the start of the competitive 2003-04 tour of Australia, the visitors were held to a draw against a Brad Hodge-inspired Victoria and then struggled to draw against the Queensland Academy, and were taken to task by twin centurion Lee Carseldine. We all know how that Test series ended. When India began their first full tour of Pakistan in 14 years, back in 2004-05, Pakistan A handed them a pasting in their only warm-up game. India went on to win the ODIS and seal a historic first Test series win over Pakistan, their first overseas series win in more than a decade. In 2007, India went into the Tests against England after drawing with Sussex and England Lions; after three Tests they ended up winning their first series in England since 1986. 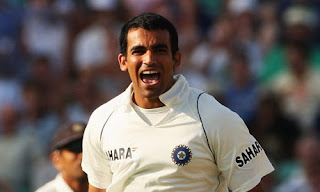 What are the subplots that we can expect from this series? Zaheer versus Strauss and Cook, for starters - the spearhead of the Indian attack, the experienced Zaheer returns to the scene of his splendid series in 2007, and goes up against an in-form Cook and Strauss, coming off two handy innings playing for Somerset against the tourists; England's tall pace attack of Anderson, Chris Tremlett and Stuart Broad against a strong batting side missing Virender Sehwag; a rejuvenated Ishant Sharma hustling in and trying to bounce out England's batsmen; Graeme Swann - the man Dravid has termed as a big threat - to Gautam Gambhir and Tendulkar, India's best players of spin; Harbhajan Singh, who has just crossed 400 Test wickets and still finds himself criticized, could learn much by watching Swann bowl; the insatiable Jonathan Trott against Zaheer's swing and reverse-swing and Harbhajan; the prospect of more artistry from VVS Laxman, sandwiched between Suresh Raina desperate to cement his place and Dhoni needing to score some runs, and Kevin Pietersen bursting back into life with the intensity raised for the No. 1 Test team; Dhoni the captain versus Strauss the captain - the one who will take more risks will come out on top, feel many experts. These are just some of the tasty appetizers that will present themselves during the feast of cricket that is the next month.

And of course, there is the return to England of Duncan Fletcher, and his reunion with his former pupil, Strauss. Across the table, another Zimbabwean, Andy Flower, has called on England to raise their game. Neither man will be on the field, but this series has the possibility to provide an engaging insight into how Fletcher and Flower operate against the backdrop of their history with England.

There are spots to be cemented, such as for Raina and Morgan. Abhinav Mukund handled himself decently on debut in the West Indies, and with Sehwag out for at least the first two Tests, he has a chance to become the third opening candidate for the foreseeable future. For Ishant this is a big series, and he will need to extend that form and support Zaheer. Praveen Kumar seems to have done enough to nudge out Sreesanth for Lord's, and what a treat it would be to see him play at Trent Bridge. Tremlett is riding on the confidence of success against Australia and Sri Lanka, and has been in the wicket for his adopted county, Surrey. Back up against the team against which he debuted four years ago, and rattled in a pacy spell on the fifth day of defeat at Trent Bridge, Tremlett can go a long way in keeping his place alongside Anderson. Broad will be under pressure from Tim Bresnan and Steven Finn, and with Flower calling on him to be more controlling, there is much to be gained for the man regarded as a true allrounder by many. He will also do well to keep his mouth shut. 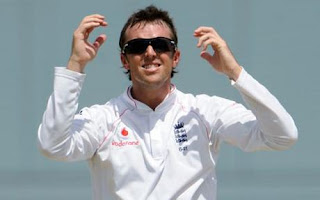 So, will Strauss and Cook struggle against Zaheer? Will Trott be found out by Harbhajan? Will Harbhajan raise his game? Will KP burst back to life? Will Tendulkar get his 100th at Lord's? Will Dravid and Laxman one final time bail India out of trouble under grey skies and with the ball wobbling and darting about? Will Anderson and Tremlett sort out Raina? Will Dhoni extend his unbeaten Test series record? How will Gambhir, without the security of Sehwag at the other end, cope in his maiden Test series in England?

These are a but a few of the things I am looking forward to. It promises to be a great Test series. Lets hope the weather doesn't intervene too much. Lets hope for packed houses and plenty of cheer. Lets hope for some heated exchanges, but no jelly beans. Lets hope for good umpiring, and no bossing around by the Indians. Lets hope for swing and seam, from both sides, and loop and drift and turn from Harbhajan. Lets hope for drives off back foot and front, and square cuts and pull shots.

As I write this, I am looking out at the old tennis court where, 15 years ago, as Dravid and Ganguly defied England's attack at Lord's, my friends and I played cricket on misty mornings and between rain interruptions. There was no TV then, and so, after reading lovely reports in The Hindu, and reading of how these two men had battled it out against the home side's pacers, I put to motion the shots I imagined they had played over the course of those five magical days in 1996. Today there is no one to play with and the field is in bad shape, but the mist still lingers and the rain still interrupts my thoughts and hopes of bowling at a makeshift stump, or of getting my friend Vinod to bowl a few off-breaks at me. Maybe I will do so over the next few weeks, inspired by more sparkling strokeplay from Dravid and fizzing off-breaks from Swann. Here's to a great summer of cricket.